Qualcomm China's chairman Meng Pu said in an interview with Xinhua News Agency on the 18th that the new crown pneumonia epidemic will not change the good momentum of China's 5G development. Qualcomm will deepen its technical cooperation with Chinese partners in order to fight the public In terms of health management, we will take advantage of 5G technology.

"Qualcomm will not change its confidence in development in China." Meng Pu said, "As a multinational company rooted in China, Qualcomm will strengthen cooperation with Chinese companies in this extraordinary period, especially in the new economic sectors driven by the epidemic. Cooperation."

As it is said, although the epidemic will bring some short-term uncertainties to China's economic development, some new economic formats will be further promoted and upgraded under the empowerment of 5G technology, including video and Internet of Things. A variety of new ideas such as networking, mobile e-commerce, unmanned retail, virtual social networking, online entertainment, telemedicine, distance education, online office, smart city, etc.

The evolution of the communications world can be described as unpleasant. From 2G in the 1990s to 4G, which emerged around 2010, and to 5G, which is now being promoted, a new era will come almost every ten years. In the communications industry, the smartest people in the world have gathered to study the most advanced technologies, bringing endless convenience and well-being to society.

To talk about how 5G networks will change the world and the communication technology itself, we must talk about the applications that accompany this technology. 5G networks have three main characteristics: extremely high speed, great capacity, and extremely low latency. We will start from these three aspects and talk about what potential applications it will bring to the world.

5G can be said to stand on the shoulders of giants. Relying on the good technical architecture of 4G, 5G can more easily build new technologies on its basis. One of the strongest aspects of the future 5G vision is the network speed experienced by users. 4G is fast now, but it is not enough. The goal of 5G is 10Gbps. So, what applications can such a high rate support?

At the most basic level, it can support our high-speed upload and download. Second, it can realize the real-time playback of 3D video, 4K and even 8K video streams. Third, through the combination with cloud technology, we can hand over the content of work, life and entertainment to cloud services. Fourth, AR and VR can better integrate with our lives. Fifth, 5G will change the way media is disseminated, which is also what is proposed by Polelink.com.

Polechain Technology believes that with the support of 5G + AI, video will become an important medium connecting people with the next generation of smart devices, people and the Internet, and then iterating the demand form of people, forming an Internet form with video as the main information transmission medium and function carrier , You can call it "Video Network."

The topic of the Internet of Things has been hot in recent years, but limited by the power consumption of the terminal and the coverage of the wireless network, the wide area Internet of Things is still in its infancy. With the advent of 5G networks, it can be predicted that it will be big in the future. heat.

What technical methods will 5G use to support the development of IoT technology? First look at how it will solve the core problem of IoT technology: power consumption. The power consumption problem is the biggest obstacle that plagues the development of the Internet of Things technology, because there are too many nodes in the Internet of Things, and due to many conditions, the terminal has no way to charge. Only by installing the battery for the first time, I hope that the terminal itself can save energy and use The longer the better.

The emergence of the LTE network has pushed the delay of the mobile network to the 100ms mark, and made applications with high real-time requirements such as games, videos, and data phones possible. The emergence of 5G networks will reduce the delay to a lower level, and provide a growing soil bag for more applications that require extreme delay. 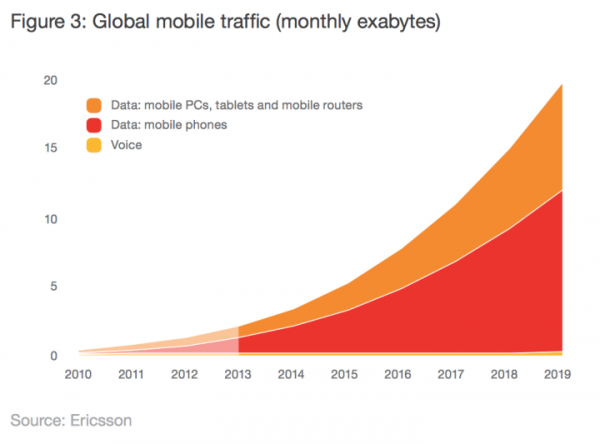 As of April 2016, there were 496 LTE networks in 162 countries around the world, and 7.8 billion devices were connected via mobile communication networks, of which only 1.2 billion were connected using LTE. Nearly half of the devices also used snail-like 2G networks . With the emergence of 5G networks in the future, data traffic will definitely increase exponentially. It is believed that the gust of 5G will definitely blow out one after another, and more and more applications will emerge. And users experience the truly convenient and ubiquitous excellent network connection.

Previous:   How to grasp the development opportunities of 5G chips
Next:   Six predictions for the 5G market in 2020