How to grasp the development opportunities of 5G chips

In recent years, with the rapid development of various smart technologies, the traditional chip industry has gradually undergone tremendous changes. For example, the emergence of 5G technology and the integrated development of chips have brought many opportunities and challenges to the industry. In this context, since this year, more and more 5G mobile phones (such as Huawei P40 series) have entered the market rapidly, which not only set off a wave of people's attention to 5G chips; at the same time, the competition between chip manufacturers and the intensification of competition have also increased. Let this "war" about 5G chips become increasingly fierce. 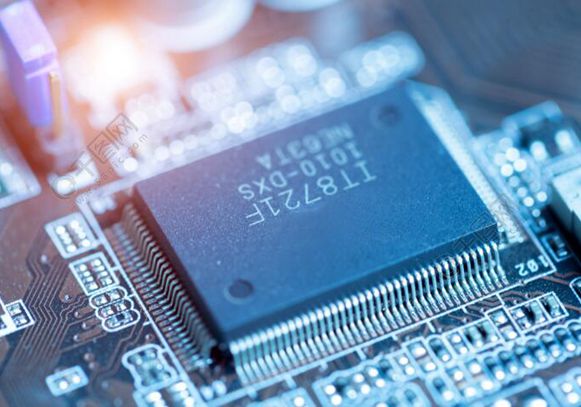 Since the beginning of 2020, although the impact of the epidemic has caused the relevant chip concept stocks to decline, due to China's high emphasis and attention on new infrastructure such as 5G, China chip development has also clearly rebounded. According to data released by Tianyanzha, China's new chip and integrated circuit companies reached more than 3,700 this year, much higher than the same period last year. At the same time, the registered capital is also widely concentrated between 1 million and 10 million, many even more than 10 million, and the strength of new companies is generally not low.

So, why are there so many new chip players in China under such a severe environment?

In fact, this is mainly due to the magical power of 5G technology applied to the chip industry! As we all know, as a new generation of communication technology, 5G is characterized by high speed, low latency and large capacity. Based on these characteristics, it has significant value in the fields of mobile communications, wireless Internet and wireless data transmission. For industries such as mobile phones with traditional chip applications, there is also an urgent need to move towards high-speed, low-latency, and large-capacity communication. In this case, 5G and the chip just hit it off.

On the one hand, 5G can bring chip technology upgrades to meet the development needs of the communications industry; on the other hand, 5G can also bring broader opportunities and space for chip applications, such as the current very hot 5G mobile phone industry. In other words, the emergence of 5G will allow the development and application of chips in the communications field to usher in a significant upgrade, as is generally believed: in the future, communication chips that can support 5G will become the main market for industrial development.

It is precisely to seize this market opportunity that so many chip makers are springing up, and some traditional manufacturers are also accelerating their layout and development in the 5G field. Since this year, a large number of 5G mobile phones, including Huawei's P40 series mobile phones, have been actively entering the market. With the increasing commercialization of 5G mobile phones, the future integration of chips and 5G technologies is expected to further deepen and accelerate. The blue ocean and opportunities will also be realized one by one.

Of course, although the upgrades and opportunities that 5G has brought to the chip are very obvious, and have also attracted a large number of traditional chip manufacturers and new manufacturers to increase the layout, but it is not easy for companies to achieve the desired development results in the 5G chip field. Because for the chip industry, every technological upgrade is a new round of reshuffle, the influx of companies is of little significance, the key is to withstand the test, how many companies can really stay.

For now, there are only 5 remaining companies with 5G chips in the world. They are Qualcomm, Huawei, Samsung, MediaTek and Unisoc. Such a small number indicates that the entry barrier for 5G chips is not low, and there are also many challenges in the development process. It is reported that Intel had previously been a member of the 5G chip ranks, but for various reasons, it also announced its withdrawal from the 5G chip business in 2019.

This shows that the development of 5G chips is indeed not easy. On the one hand, the patent reserves, capital costs, and technical personnel required to develop 5G chips are a huge test for many companies. Most companies do not have the ability to independently develop 5G chips; It is another difficult journey for the office to go to the market for commercial use. Even if it is as strong as the remaining "Five Heroes", only three are really facing the market.

The three market-oriented 5G chips are Qualcomm, MediaTek and Unisoc. The other two Huawei and Samsung are basically used for their own products. However, this does not mean that the latter is lagging behind the former! In fact, in terms of commercial rhythm, Huawei and Qualcomm are the two who are in the forefront. Samsung, MediaTek, and Ziguang Zhanrui are also catching up step by step, and have not been left behind too much. The formation of the "Five Heroes" hegemony has multiplied the industry's competition and pressure.

So, in this increasingly heated situation, how should China ensure the rise of 5G chips? You must know that in the era of 2G, 3G, and 4G, China ’s chips have been lagging behind and catching up. When there are many development advantages or the same as foreign development. Facing such a good opportunity, how should China seize it?

There is no doubt that in addition to continuing to strengthen China's development in the construction and application of 5G networks, it is essential to eliminate some of the chronic diseases in China's chip field for a long time. For example, in terms of key components and core technology, whether it is the domestic production rate of core equipment such as chip lithography, coating, cleaning, or storage technology, China has obvious backwards and deficiencies. Next, only by complementing these shortcomings can we better develop China's advantages in 5G chips.

It is understood that at this stage, China has made some breakthroughs in the field of chip storage. With the emergence and rise of the three camps of Yangtze River Storage, Hefei Changxin, and Ziguang Guoxin, China has gradually owned a number of world-class chip storage manufacturers. It is expected that in the next 2-3 years, China's memory chip manufacturing and mass production capabilities Will be greatly improved. On this basis, China expects that manufacturers in other core areas will also catch up and share the glory of 5G chips.