In 2018, the World Customs Organization referred to drones with aerial photography as flying cameras. Drones have been integrated into our lives, whether aerial drones or courier drones or spraying pesticide drones in the field. In daily life, there are many scenarios where drones can be used as work assistants. Traffic police direct traffic, drone aerial photography, disaster rescue ... 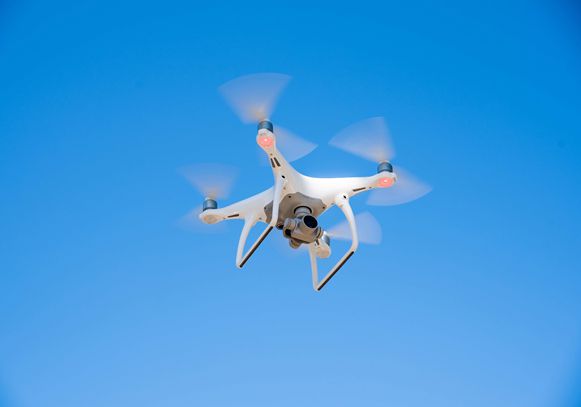 As a digital product with a sense of technology, drones are undoubtedly the coolest technology equipment. From time to time on the live broadcast platform, details such as lazy use of drones to send keys are enough to show that drones have become the best human helpers in solving logistics problems.

The Ministry of Industry and Information Technology's guidance on the development of drones mentioned that in 2020 China's civilian drone output value will exceed 60 billion, an increase of up to 40%. The rapid development of drones is inseparable from the new requirements brought by technological progress and the expansion of drone application scenarios.

The origin of drones can be traced back to the military field and was mostly used for military investigations. In recent years, global GPS positioning and battery life upgrade iterations have made it possible for large-scale applications and cost reduction of mass production of drones. Hundreds of companies, including DJI, have set up drone companies in Shenzhen alone. Data show that 7 out of every 10 drones in the world are made in China.

Chinese drone companies headed by DJI have made great achievements in aerial photography, agriculture, plant protection, and surveying. This shows that drones are expected to appear as human labor tools in the future. DJI has also stimulated the need for other domestic drone manufacturers to develop new drones. Under this popular trend, more and more people are trying to use drones to improve their work efficiency, making scenes in life usable and useful, and they have directly caused many drones to Production tool post.

When drones began to integrate with various industries, the price of drones was more affordable, and they were once again improved with the help of new industry technologies. In terms of the currently popular 5G concept, drones will achieve faster data transmission, thereby unlocking and expanding drone flight distances and control ranges.

Industry insiders said that the combination of drones and 5G will create an aerial Internet. The aerial Internet is expected to break through the boundaries of the Internet and ensure the safety and efficiency of drones operating in the air. In addition, 5G is also expected to improve user experience and further expand the commercial range of drones.

From the emergence of UAVs to large-scale applications, it is only a short period of 10 years. Each technological innovation and scenario expansion will inject new sources of power into the development of UAVs. UAVs have realized the dream of human flight. Although there are many problems for frontier industries, human beings can cultivate more promising markets through industry regulations and perfecting laws.

Previous:   Competition in the era of 5G and artificial intelligence has accelerated the upgrading of enterprise products
Next:   China may be the first to enter the intelligent era and become the next robot power